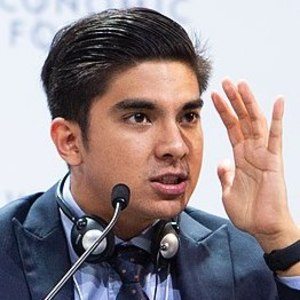 Malaysian politician best known for being one of the founding members of the Malaysian United Indigenous Party. He is known for his role of Youth Chief of the party and for his role in the Parliament of Muar and Malaysia. He is also an alumnus of the prestigious Perdana Fellowship where he focused mainly on activism work. He founded the youth-centered political party Malaysian United Democratic Alliance (MUDA) in 2020.

He studied at the International Islamic University in Malaysia. Instead of choosing to continue in pursuit of education, he became a politician focusing on the Malaysian United Indigenous Party. He is considered one of the founding members of the youth movement.

He is known for winning the Asia's Best Speaker Award at the Asian British Parliamentary Debating Championships on three separate occasions.

He was born and raised in Pulaim Johor Bahru, Johor, Malaysia.

Other members of Malaysian Parliament include Anwar Ibrahim and Nurul Izzah Anwar.

Syed Saddiq Is A Member Of