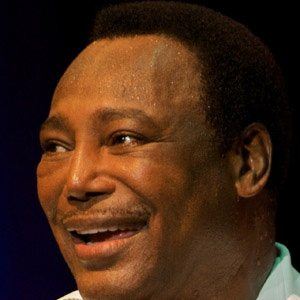 Jazz guitarist and singer who performed the hit "On Broadway" in 1978. His performance style has been compared to Django Reinhart.

He started playing at a drug store with his ukulele.

He is a ten-time Grammy Award-winner and released a triple Platinum-selling album called Breezin'. For the year 2020, his songs on Spotify received over 91 million total streams. In October 2021, former president Barack Obama wrote him a letter, congratulating him on his introduction to the New Jersey Hall of Fame.

He married his wife Johnnie in 1965 and they had six children together.

He was once employed by Miles Davis.

George Benson Is A Member Of