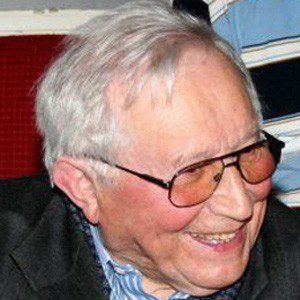 A twentieth-century Polish playwright, poet, and author, he is best known for such plays as The Card Index, The White Wedding, and Left Home. For his poetic work, he received the Griffin Poetry Prize and was nominated for the National Book Critics Circle Award.

He served in Poland's underground Home Army before studying at Jagiellonian University in Krakow.

He was awarded the European Prize for Literature in 2007.

His brother Janusz was murdered by the Nazi Gestapo in 1944.

He was a contemporary of fellow Polish poet Anna Kamienska.

Tadeusz Rozewicz Is A Member Of