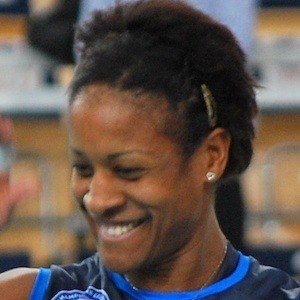 Cuban-Italian volleyball player who's represented both countries internationally. She won Olympic gold medals with Cuba in 1996 and 2000 and European Championship titles with Italy in 2007 and 2009.

She started playing volleyball in her native Cuba when she was eight years old and went on to be the MVP of the 1993 Junior World Championship.

She officially fled Cuba while playing with the national team in Switzerland in 2001. Italy, where she'd previously played professionally, gave her political asylum.

She married Alessio Botteghi in 2006, which officially made her an Italian citizen.

She was teammates with Eleonora Lo Bianco on Italy's national team.

Taismary Aguero Is A Member Of