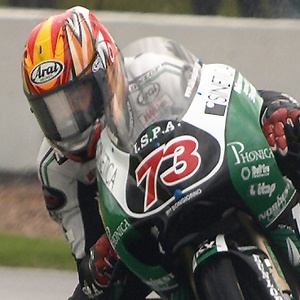 He first started his career in racing in 2005 when he joined the Japanese Road Race Championships in the GP125 category where he raced with the Harc-Pro Honda Team. After a successful rookie season, he joined the Moto GP Academy in 2006.

He is known for having won first place at the 2010 Suzuka 8 Hour Championships as part of the MuSASHI RT Hard-Pro racing team.

He was born and raised in Chiba, Japan and shared a photo with his mother to Instagram in November of 2018 celebrating a championship win.

He shared a photo with fellow professional motorcycle racer Marc Márquez to his Instagram in November of 2018.

Takaaki Nakagami Is A Member Of