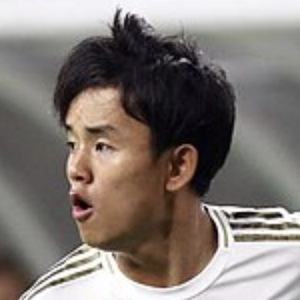 Professional soccer athlete who rose to fame playing the midfield position for both Real Madrid Castilla and Japan's national team. From 2017-2019 he made a total of 4 appearances with Japan's under 20 division.

He began his career playing for FC Persimmon at the age of seven.

He was featured prominently during Real Madrid's preseason outings against the United States and Germany.

His father was Takefumi Kubo.

He and fellow soccer player Shinji Okazaki were both born in Japan.

Takefusa Kubo Is A Member Of