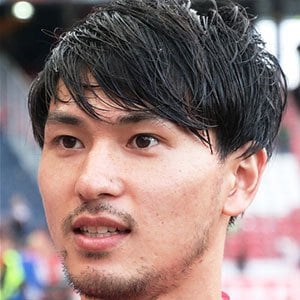 Professional soccer player who is best known for playing an attacking midfielder or winger position for Liverpool FC as well as Japan's national team. He formerly played for Red Bull Salzburg.

At the age of 12 he began playing for Cerezo Osaka's youth team.

He scored a goal against Nigeria in the 2016 Summer Olympics. When he joined Liverpool FC, he became their first Japanese player.

He was born in Japan.

Both he and Shinji Okazaki played for Japan's national team.

Takumi Minamino Is A Member Of