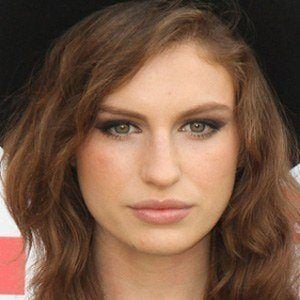 Daughter of singer Annie Lennox,  she is also a model, actress, and artist.

In 2011, she began appearing in campaigns for brands such as Prada and Miu Miu.

She decided to focus more on portrait painting, scaling back her modeling schedule in 2014.

Her father, Uli Fruchtmann, is an Israeli film director and producer. She also has a sister named Lola. Her longtime boyfriend, fellow model and artist Ian Jones, died in a kayaking accident in August 2015.

Like Emma Watson, she is an English actress who has modeled for Burberry.

Tali Lennox Is A Member Of