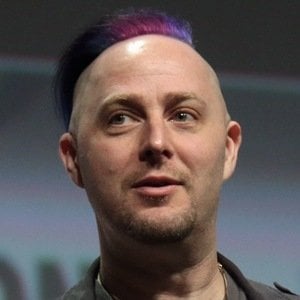 Voice actor who is widely known for his roles in anime film and television, including R.O.D. the TV and Gun Sword. He has also appeared as a video game voice actor, including in the games Fallout 4 and Mortal Kombat vs. DC Universe.

He began his acting career as a child actor in the 1980's. He received his first acting credit in the 1983 film Mr. Mom.

He appeared as an actor on the 1980's TV series The Facts of Life and St. Elsewhere. He also appeared in the 1984 film 2010: The Year We Make Contact as Christopher Floyd.

He frequently appeared alongside Pat Carroll as Kenny Granger in the 1980's TV series She's the Sheriff.

Taliesin Jaffe Is A Member Of