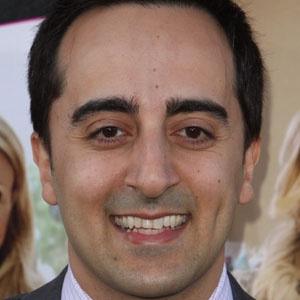 Voice-over artist and comedian best known for voicing Master Crane and other characters in the computer animated series Kung Fu Panda: Legends of Awesomeness. As an actor he has appeared on shows like Curb Your Enthusiasm and in films like "The Pursuit of Happyness.

He was born in San Francisco and graduated from UC Berkeley.

He has lent his vocal talents to several video games as well, including Splinter Cell: Double Agent.

He co-wrote a TV pilot with his wife.

He co-starred with Elizabeth Reaser on thirteen episodes of CBS' The Ex List.

Amir Talai Is A Member Of