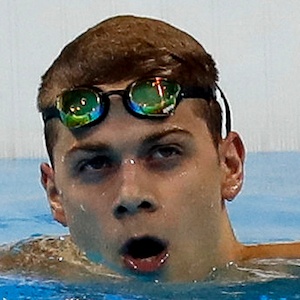 Swimmer specializing in the butterfly who won bronze in the 200 meter butterfly representing Hungary at the 2016 Summer Olympics. He had previously won gold in the same event at the 2014 Summer Youth Olympics.

He began swimming at age 5 at the encouragement of this mother.

In 2016, he received the Order of Merit of the Republic of Hungary, the second-highest honor given by the Hungarian government.

He has brothers named Marcell, Péter and Lóránd.

He competed against Michael Phelps at the 2016 Summer Olympics.

Tamas Kenderesi Is A Member Of