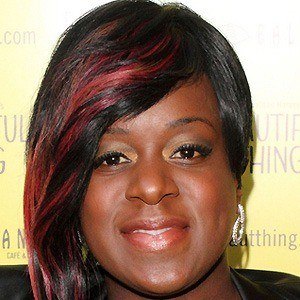 British comedian best known as a cast member of the hidden-camera comedy sketch show 3 Non-Blondes. In 2009, she joined the cast of EastEnders in the role of Kim Fox.

One of her first roles was as Leah Russell in the 1996 film Beautiful Thing.

She has won several awards, including the 2012 Inside Soap Award for the category of Funniest Female Performance.

She has two siblings, Emilia and Kesha. She also has a daughter named Nylah.

She has been on the BBC series EastEnders, as has Lacey Turner.

Tameka Empson Is A Member Of