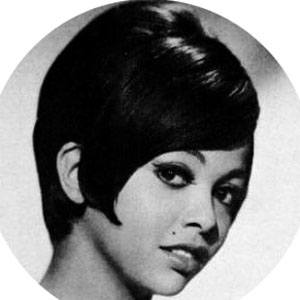 Motown singer who performed the hits "Ain't No Mountain High Enough" and "You're All I Need to Get By," among others.

She signed her first music contract with James Brown at the age of seventeen.

She tragically died of a brain tumor at age 24, which sent Marvin Gaye, her long-time collaborator, into a downward spiral.

Terrell's song "Ain't No Mountain High Enough" was covered by Diana Ross, going on to be one of Ross's biggest hits.

Tammi Terrell Is A Member Of