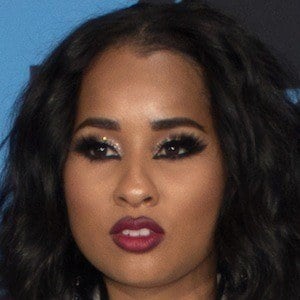 Love & Hip Hop: Atlanta star who joined the series for only the third season of the show in 2014.

She was born in Virginia, spent time in Baltimore, Maryland, and then relocated to Atlanta, Georgia. She married rapper Waka Flocka Flame in 2014. She has a daughter named Charlie from a previous relationship.

She is joined by Karlie Redd on Love & Hip Hop: Atlanta.

Tammy Rivera Is A Member Of