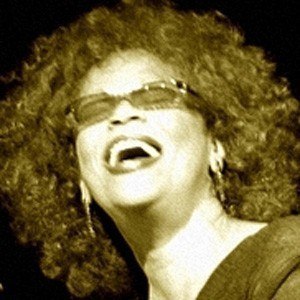 Singer-songwriter and pianist who mixed jazz, samba, and African rhythms into her work. She sang in both Portuguese and English.

She started learning the piano at age seven, and by age 13, she was performing with her own musical group. She released her first album, Apresentamos, in 1969.

Her father was a metal worker who was a skilled singer and guitarist. He encouraged her to develop her musical talents and organized her first group, which won a local competition.

She collaborated with Steve Gadd and other jazz greats across several albums.

Tânia Maria Is A Member Of