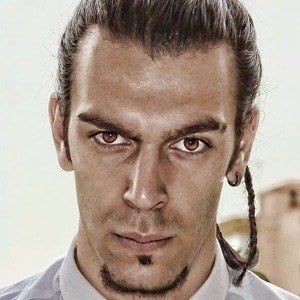 Rap singer and songwriter with the record label All Star Music who participated in the reality singing competition O Ses Turkiye, the Turkish version of The Voice.

His name is Tankurt Tan, and he chose the stage name of Tankurt Manas.

While pursuing his career, he attended Dokuz Eylul Uniiversity as a part of the radio and television department.

He was born in Eminonu, Istanbul, Turkey.

Hadise was one of the judges on O Ses Türkiye when he participated.

Tankurt Manas Is A Member Of