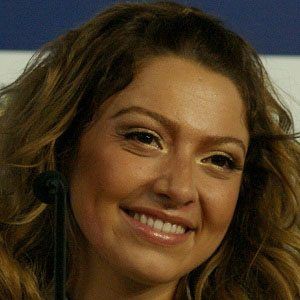 Award-winning pop and R&B singer who became a presenter on the Belgian version of The X Factor as well as a judge on the Turkish version of The Voice. She represented Turkey in the Eurovision Song Contest in 2009 with the song "Dum Tek Tek."

She was the opening act for a cancer research contest in Belgium.

She has an older sister named Hulya, a younger sister Derya, and a younger brother Murat.

Shakira, Jennifer Lopez, Janet Jackson, and Prince are among her musical influences.

Hadise Is A Member Of