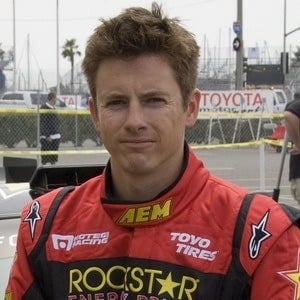 Rally racer who won gold medals at the X Games in 2007 and 2010. He also became co-host of the popular TV series Top Gear USA.

He earned a degree in molecular biology from the University of Colorado.

He was born to Dave and Jane Foust in Denver, Colorado. He grew up in a naval family.

Tanner Foust Is A Member Of