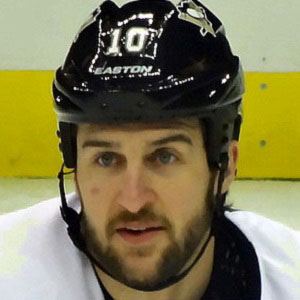 NHL left wing who debuted with the Florida Panthers in 2007, then went on to play for the Vancouver Canucks, Winnipeg Jets and Pittsburgh Penguins before joining the New York Rangers in 2014. He is known as a physical player with a reputation for getting into fights.

He played college hockey for Dartmouth College from 2003 to 2007 and debuted professionally for the AHL's Rochester Americans during the 2006-07 season.

He was selected 265th overall by the Panthers in the 2003 NHL Draft.

He was born to Fred and Cathy Glass and raised with a brother named Darnell and a sister named Shayna.

He became teammates with center Derek Stepan on the Rangers in 2014.

Tanner Glass Is A Member Of