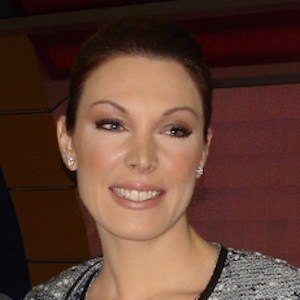 Former journalist turned television host who has become known for hosting tabloid talk shows like Fyllo ke Ftero, Me to Ganti, and Apokalypsi Tora. She would later go on to host the reality shows Fame Story and Big Brother.

Her career began as a journalist for Hellenic Broadcasting Corporation. She would go on to host several morning shows and work as a newscaster before beginning her entertainment hosting career.

She has been the presenter for ANT1's Star Hellas beauty pageants.

She is the daughter of former basketball player Mimis Stefanidis. She married anchorman Nikos Evangelatos and they had two children, Nicolas and Lydia.

She hosted the third season of Greece's Fame Story where Natalia Germanou was a judge.

Tatiana Stefanidou Is A Member Of