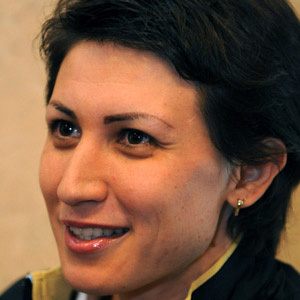 Track and field athlete who won a gold medal in the long jump in the 2004 Olympics and also won silver in the 2000 Olympic triple jump.

She grew up playing sports in Sterlitamak.

She won gold at the 2007 World Championships in the long jump.

Tatyana Lebedeva Is A Member Of