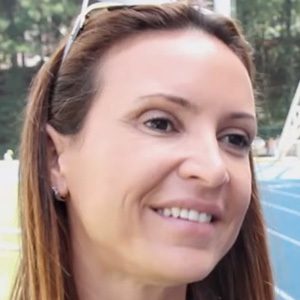 Former track and field athlete who set South American records in the 100 meter hurdles and long jump. She won gold medals in the long jump at the 2008 Summer Olympics and 1999, 2007 and 2011 Pan American Games.

She finished third at the 1999 Universiade event in the long jump.

She became the first Brazilian woman to win an Olympic gold medal in an individual sport.

She married race car driver Antonio Pizzonia. They have a daughter named Sophia. Her parents' names are Rute and William.

Nigeria's Blessing Okagbare finished second to her in the long jump at the 2008 Olympic Games.

Maurren Maggi Is A Member Of