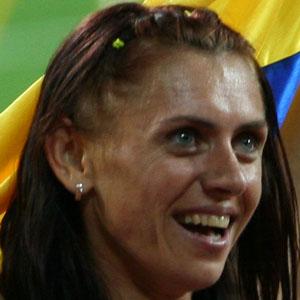 Ukrainian heptathlete and long jumper who received a lifetime ban from the Olympics after failing a drug test in 2008.

She began practicing rhythmic gymnastics at age 5 before moving on to other athletics.

She first tested positive for steroids at the 2002 European Championships in Munich, Germany.

Her husband and coach Sergeii Blonska also received a ban from the Olympics.

She competed in the 2008 Olympics where swimmer Michael Phelps set the record for most Olympic medals by a single athlete.

Lyudmyla Blonska Is A Member Of