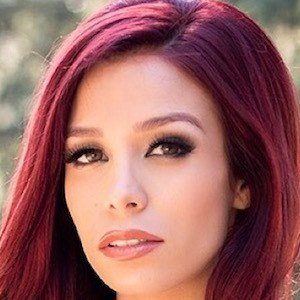 Promotional, print and internet model featured by Sports Illustrated Online as their "Lovely Lady of the Day" who was also named a semi-finalist in Maxim's Hometown Hotties and a Tropic Beauty World Finalist. She is an aspiring actress and dancer as well and has been featured in TV shows, music videos, webisodes and more.

She graduated from Cal State Fullerton with a Bachelor's Degree in Communications with an emphasis in Entertainment Studies in May of 2011.

She became the nationwide spokesmodel for Toyo Tires in 2016. As a dancer, she primarily focuses on burlesque.

She was born and raised in Southern California, and remained there to focus on her career in entertainment. She has two sisters.

She has been featured in a couple episodes of Daniel Tosh's Comedy Central show Tosh.0.

Tawnie Jaclyn Is A Member Of