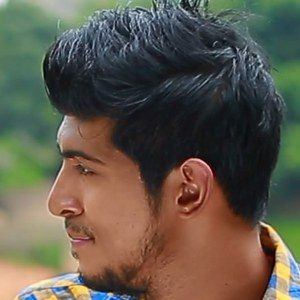 Bangladesh TV actor and musician who rose to fame for his lead role as Imran in the telefilm @18 All Time Dourer. Since then he has gone on to star in various other roles as well as television commercials for Nescafe, GP, Pran and Starlight AV.

His friend introduced him to director Adnan Al Rajeev and he began doing TVC under him in 2010, which later led to his lead role in @18 All Time Dourer Upor in 2013.

He's also a musician and has played as the bassist of the underground rock band The Manager and the heavy metal band Divine Sanity.

He's originally from Bangladesh and he attended Oxford International School. He got his BS in electrical and electronic engineering from AIUB.

He starred in @18 All Time Dourer Upor, which featured model Safa Kabir.

Tawsif Mahbub Is A Member Of