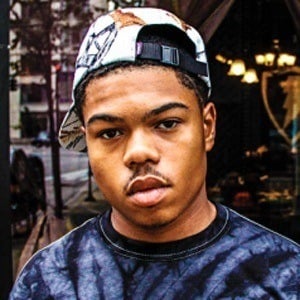 Rapper who has built a loyal fan base with self-released mixtapes like 2013's The Taylor Bennett Show and 2015's Broad Shoulders. He is also famous for being the younger brother of rap superstar Chance the Rapper.

He graduated from Urban Prep High School in Chicago, Illinois.

He has donated live show proceeds to Kids Off The Block, an organization which seeks to prevent violent crime in Chicago.

He featured rapper King Louie on the song "New Chevy."

Taylor Bennett Is A Member Of