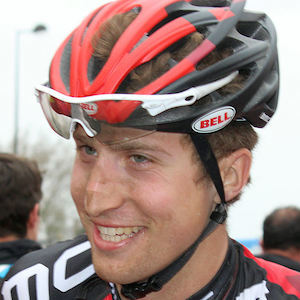 U.S. cyclist for UCI Pro Team BMC Racing who placed seventh in the Individual Pursuit at the 2008 Summer Olympics. He also participated in the Olympic Games Rio in 2016. He specializes in time trials, one day classics, and individual pursuit.

He first started racing on Team Slipstream's junior team at the age of 15. He had over 20 wins in his first season and won a Junior World Championship in 2007.

He became the third American to win the prologue at the Giro d'Italia in 2012.

He was born in Boulder, Colorado to professional cyclists Davis and Connie Phinney. His mother is a former Olympic gold medal winning cyclist and speed skater.

He was selected by controversial cyclist Lance Armstrong to participate on the Trek-Livestrong U23 team in 2008.

Taylor Phinney Is A Member Of