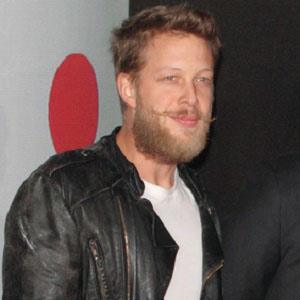 Famous as a member of the Grammy-winning folk rock group Mumford & Sons, this British bassist and backing vocalist made significant contributions to the band's hit albums Sigh No More (released in 2009) and Babel (2012) and to the popular singles "Little Lion Man" and "I Will Wait."

Before beginning his music career, he studied at the Millfield School in Somerset, England.

An accomplished photographer as well as a musician, he launched a solo exhibition of his artwork at a London gallery in 2013.

His girlfriend and family members were by his side in 2013, when he underwent successful emergency surgery for a blood clot in his brain.

Ted Dwane Is A Member Of