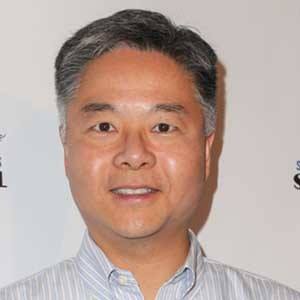 Politician who has gained fame as a Democratic US Congressman representing California's 33rd District. He was appointed the Assistant Congressional Whip of the 115th Congress in 2017 by Nancy Pelosi.

He served as an active duty member of the Air Force Judge Advocate General Corps, and later obtained the rank of colonel in 2015. He served as a California State Senator between 2011-2014.

He shares two sons named Austin and Brennan with his wife Betty.

He and Rand Paul signed a letter to President Donald Trump in 2019 to reinforce the notion of Congressional checks and balances.

Ted Lieu Is A Member Of