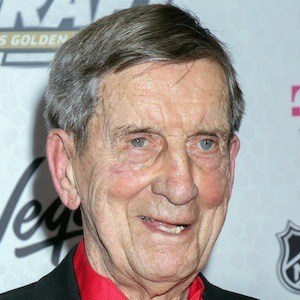 Hall of Fame NHL winger nicknamed Terrible Ted. He organized the NHL players union and as a result, was traded away from his team.

He played amateur hockey in Kirkland Lake before playing for the St. Michael's Majors in Toronto.

He made a name for himself playing for the Detroit Red Wings as left wing for the Production Line, featuring center Sid Abel and right winger Gordie Howe.

He married Joanne Lindsay and together they raised a family in the Detroit area.

He appeared with teammate Gordie Howe on the March 1957 cover of Sports Illustrated.

Ted Lindsay Is A Member Of