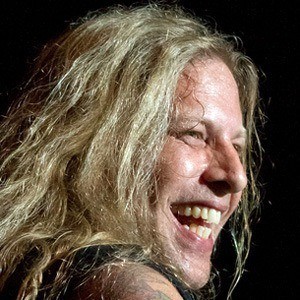 He started out joining the band Prophet as its drummer and they released their first album in 1985.

He recorded songs for Sega games and its Sonic the Hedgehog franchise.

He was born to his family in Englewood, New Jersey.

He has toured with many musicians, including Alice Cooper .

Ted Poley Is A Member Of