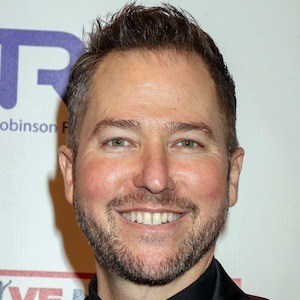 Radio personality and disc jockey who became known on KROQ-FM's Afternoon Drive. He later took over the nationally syndicated talk show Loveline with Dr. Drew. He's had various other hosting roles on major networks including MTV, Fox Sports, and VH1.

He began his radio career while attending the University of Arizona and worked at 92.1 KFMA.

He became the on-stage DJ for the fifth season of The Ellen DeGeneres Show in 2007.

He was born Gary Ramon Sandorf, but is better known by his stage name Ted Stryker.

He served as a Dean for VH1's Charm School along with Ricki Lake.

Ted Stryker Is A Member Of