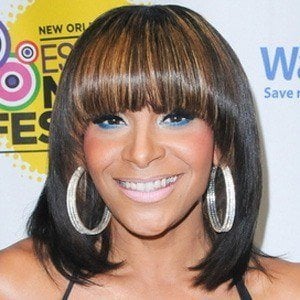 Louisiana-born soul and R&B singer and songwriter. Her best-known singles include "Be Your Girl" and "You'll Never Find (A Better Woman)."

She released her self-written debut album, Complex Simplicity, in 2004.

She dedicated her song, "I Think of You (Shirley's Song)," to her gospel singer mother.

In 1996, she and rapper Ras Kass became parents to twin boys.

She collaborated with numerous other musicians, including Mary J. Blige and Nivea.

Teedra Moses Is A Member Of