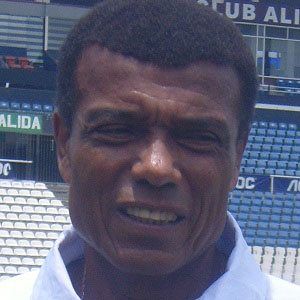 Peruvian legend who scored five goals in each of the two World Cups he played in.

He began his career with Alianza Lima in 1966, and went on to lead the Peruvian Primera Division in scoring for the next five years.

He decided to move to the U.S. in 1979, where he played for the Fort Lauderale Strikers for four years.

He grew up in Lima, Peru. He has a daughter named Johana.

He and George Best were teammates on Fort Lauderdale.

Teófilo Cubillas Is A Member Of