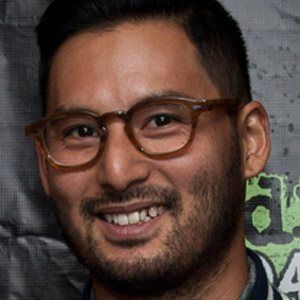 American guitarist who has played lead guitar and keyboards in the band Thrice.

He learned classical guitar at a young age and went on to play punk music before he joined Thrice.

He grew up with family in Orange County, California.

He is a member of the band Thrice along with drummer Riley Breckenridge.

Teppei Teranishi Is A Member Of