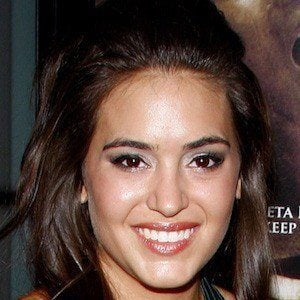 Film and television actress best recognized for playing Robyn in the soap opera Days of Our Lives. She has also starred in films such as Sorority Row and Limelight.

She was only five years old when she found her passion for acting appearing in a theatre production with her older brother.

Outside of her acting career, she also studying secondary education in history at Grand Canyon University.

Her boyfriend, Robert Adamson, is also an actor. She had a son named Sawyer with her Days of Our Lives co-star Brendan Coughlin. Her older sister, Melissa Pemberton, has numerous world records in extreme sports.

She was cast alongside Brit Shaw in the 2016 film Limelight.

Teri Andrez Is A Member Of