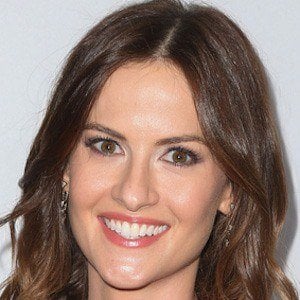 Actress known for her various TV and film roles. In 2015, she made her feature film debut as a lead character in Paranormal Activity: The Ghost Dimension.

Her very first role came on the hypnotization-centric TV series Seeing Stars. She also had an uncredited role in the 2005 film Walk the Line.

She has made various appearances as guest stars and recurring characters on major TV series. These include Masters of Sex, Entourage, and Nashville as Olivia Wentworth.

She appeared alongside Connie Britton on Nashville.

Brit Shaw Is A Member Of