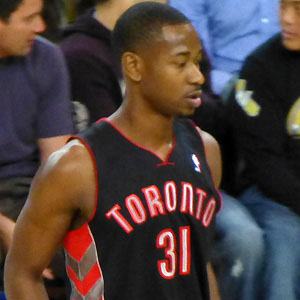 Athletic guard/forward who began his career with the Toronto Raptors in 2012 and won the NBA Slam Dunk Contest in 2013. After more than four years in Toronto, he was traded to the Orlando Magic in 2017.

He played two years at Washington University, averaging better than 16 points and 6 rebounds per game.

He was drafted eighth overall by the Raptors in 2012.

He was born to Terry Ross and Marcine Parker and has two siblings, a sister named Taelor and brother named Drew.

Blake Griffin was the Slam Dunk Contest winner the year before him.

Terrence Ross Is A Member Of