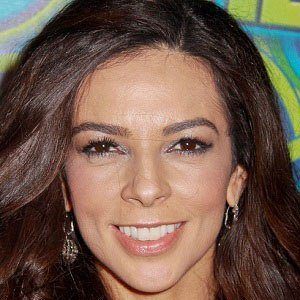 Notable for hosting the British version of Wheel of Fortune and for serving as a correspondent for This Morning, Extra, and The Xtra Factor, Seymour is also known for her modeling and acting work.

Early in her career, she appeared in Marillion's "No One Can" music video.

She suffers from an autoimmune disorder known as systemic lupus erythematosus.

She dated television personality Simon Cowell for over half a decade. In March 2015, she had a daughter named Coco with partner and model Clark Mallon.

She appears with Jacqueline Bisset and Martin Landau in a biblical miniseries titled In the Beginning.

Terri Seymour Is A Member Of