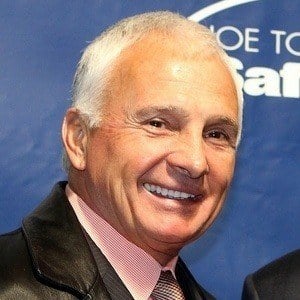 Former minor league baseball player who became manager of the New York Mets in 2011, and helped lead the team to the 2015 World Series. He resigned in 2017 and accepted a front-office position with the team.

He attended Eastern Michigan University where he was a star on the school's baseball team.

He played ten years of Minor League Baseball with the Pittsburgh Pirates and Los Angeles Dodgers organizations, without ever reaching the Majors.

He was born and raised in Midland, Michigan. He married Deborah Collins.

Like Tommy Lasorda, he was able to make a name for himself as a manager even though he never could as a player.

Terry Collins Is A Member Of