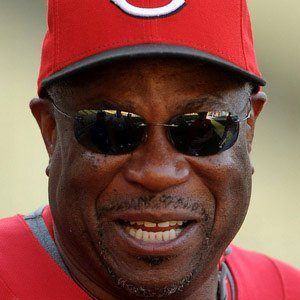 Former MLB outfielder who went on to become an accomplished manager in the league. He served as the manager of the San Francisco Giants from 1993 to 2002, and later went on to manage the Chicago Cubs, Cincinnati Reds and Houston Astros. He won a World Series title as a player with the Los Angeles Dodgers in 1981 and he earned his first World Series title as a manager with the Astros in 2022.

He played for the Atlanta Braves during his MLB career.

He won the National League Manager of the Year award three times during his tenure with the Giants. He worked as a correspondent for ESPN after coaching the Cubs.

He has had two children with his wife Melissa.

He managed Kerry Wood on the Chicago Cubs.

Dusty Baker Is A Member Of