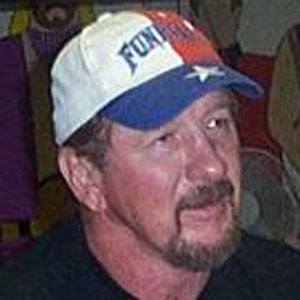 He debuted in 1985 for the World Wrestling Federation.

His wrestling names include "Dr. Know it All," "The Texan," and "Chainsaw Charlie."

He and his brother, Dory Funk, Jr., followed in their father's footsteps: Dory Funk, Sr. also had a career as a professional wrestler.

Terry Funk Is A Member Of