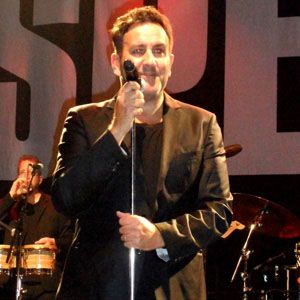 English new wave pioneer and frontman of two-tone an ska revival band The Specials, the group known for hits like "Pressure Drop."

He worked as a bricklayer and hairdresser's apprentice after dropping out of school at age fifteen.

He has also released albums with Fun Boy Three, including The Colourfield and Blair & Anouchka.

He has been in a longtime relationship with his wife Jeanette Hall.

He performed the song "All Kinds of Everything" with Sinead O'Connor in 2006.

Terry Hall Is A Member Of