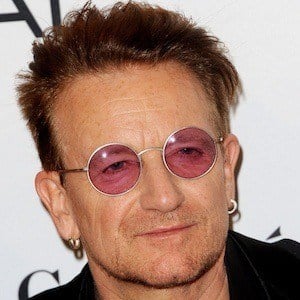 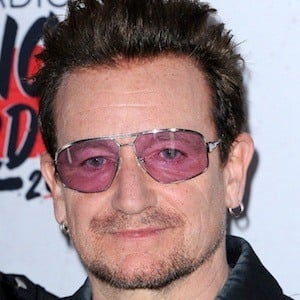 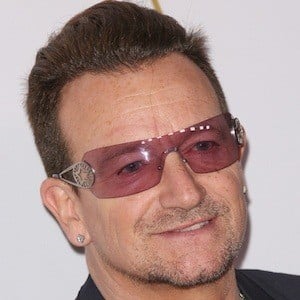 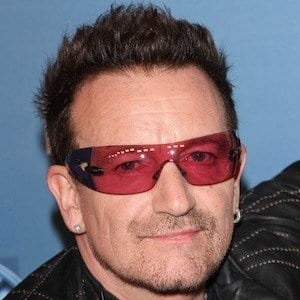 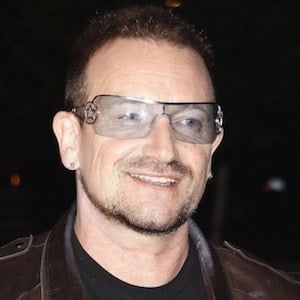 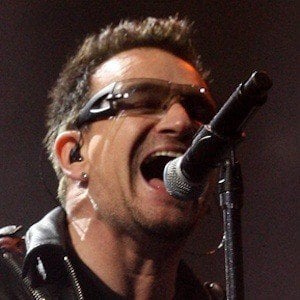 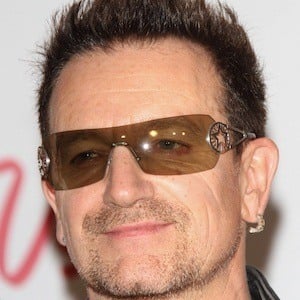 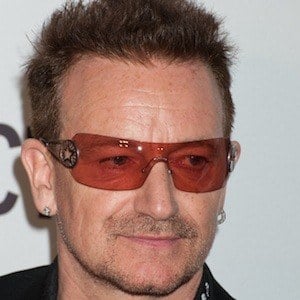 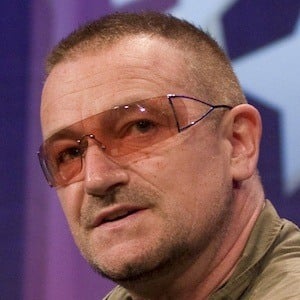 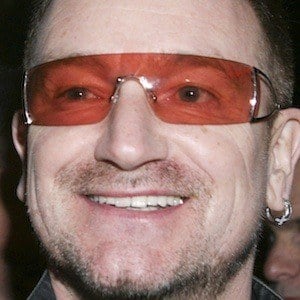 Born Paul David Hewson, he is the frontman of U2, known for such hits as "Sunday Bloody Sunday" and "Beautiful Day." The band has earned over 20 Grammy Awards and has sold over 150 million records. He is also a well-known philanthropist who has championed causes in his native Ireland, in Africa, and all over the world.

He was named the Time Person of the Year in 2005, along with Bill and Melinda Gates. He performed, along with his band, in the Super Bowl XXXVI Halftime Show, the first one after the 9/11 attacks.

He married Ali Hewson on August 21, 1982 and they raised four children, Eve, Jordan, Elijah and John. He wrote and dedicated the song "The Sweetest Thing" to his wife after missing her birthday.

He is joined in U2 by The Edge, Adam Clayton and Larry Mullen, Jr.

Bono Is A Member Of