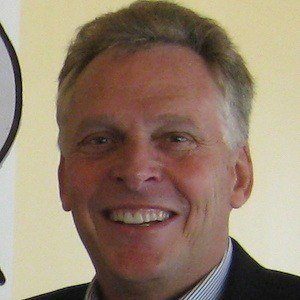 Businessman and politician who is best known for his tenure as the 73rd governor of Virginia. He assumed office on January 11, 2014 after being elected as the Democratic candidate. Prior to this, he served as the head of the Democratic National Committee from 2001 through 2004.

In 2008, he served as the co-chair of Hillary Clinton's presidential candidacy campaign. In 2009, he first attempted a run for governor in Virginia, but was defeated in the primaries.

He also served as the co-chair of his friend Bill Clinton's presidential re-election campaign during the 1996 election season.

Terry McAuliffe Is A Member Of