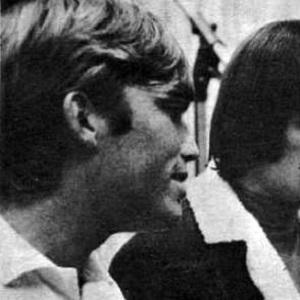 Known best for producing numerous hit songs for the 1960s bands the Byrds and the Beach Boys, this songwriter, musician, and record producer also worked with such artists as Jimmy Boyd, the Mamas & the Papas, and Pat Boone.

Before beginning his career as a music producer, he formed a singing group called Bruce & Terry with his musician friend Bruce Johnston.

Born Terrence Jorden, he was the son of actress and singer Doris Day and musician Al Jorden; he later took on the surname of his stepfather, film producer Martin Melcher. When he died in his early sixties of melanoma, Terry Melcher was survived by his mother, his wife Terese, and his son Ryan.

Before Charles Manson became an infamous murderer, he was an amateur musician and an acquaintance of Beach Boys drummer Dennis Wilson. Through his association with Wilson, Melcher actually recorded two of Manson's songs; later, he became a Manson family target and hired a bodyguard to keep himself out of harm's way.

Terry Melcher Is A Member Of