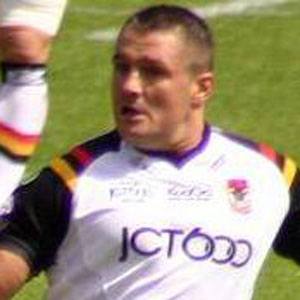 Hooker best known for hanging himself seven months into a two-year rugby ban for testing positive for human growth hormone.

He began his career in 1996 for Leeds Rhinos.

He was best known on the pitch for his club time with the Wigan Warriors from 2000-2005, and his representative time for Great Britain from 1998-2007.

He was born and raised in Wigan, England.

He was part of the 2003 Super League Dream Team, alongside stars such as Jamie Peacock.

Terry Newton Is A Member Of