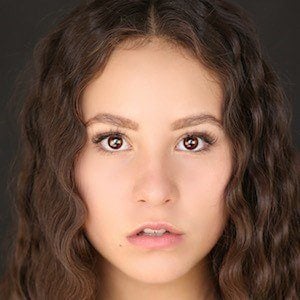 A Camp Pulse lead counselor, she is an actress and dancer who has performed on stage at the Nickelodeon's Kids Choice Awards and Kids Choice Sports Awards, BET Awards and BET's Hot Chocolate Nutcracker. She is also a member of the immaBEAST dance crew.

She began dancing as a member of the group Collective Uth and as a competitive dancer with Mather Dance Company.

She became a SparKid for the Los Angeles Sparks professional women's basketball team. She appeared in the musical Straight Outta Oz in 2016.

Her mother is actress Ami Foster. She has a younger brother named Brock.

Tessa Bella Is A Member Of