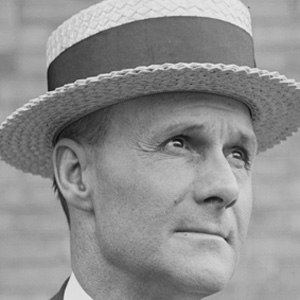 He was a cowboy in Texas. Then, during the Yukon gold rush, he mined gold, gambled it away, and set up a casino in Goldfield, Nevada promoting a boxing match taking place inside to attract visitors.

After getting permission to stage live events at Madison Square Garden, he began construction of the third incarnation of the famous building.

He was born in Kansas City, Missouri and moved with his family to Texas at age five.

One of his business partners in constructing MSG was the grandfather of World Wrestling Federation's founder Vince McMahon.

Tex Rickard Is A Member Of