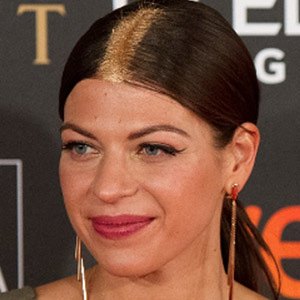 Spanish actress who is known for appearing both in television and in film. She starred in the recurring role of Matilde Vila Colomer on the Telecinco network series El Principe. She also portrayed Jordi Molla in the 2010 film 88.

Her debut as an actress came in 2008 when she starred in the Telecinco series Sin Tetas no hay Paraiso as the character Cristina Calleja. After quickly gaining acclaim and praise for the role, she made her feature film debut in 2009 in Luna Caliente.

She is also known for having appeared as a contestant on the television series Pasapalabra.

She was born and raised in Barcelona, Spain and shared a photo with her mother through Instagram in May of 2018.

She starred alongside Amaia Salamanca and Maria Castro in the television series Sin tetas no hay Paraiso.

Thais Blume Is A Member Of